Catalonia Will Not Retreat 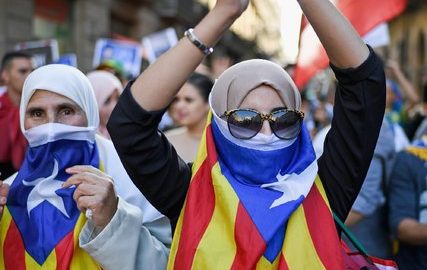 BARCELONA — The proclamation of independence by the Catalan Republic last week was a historic milestone. It demonstrated that the Catalan government, with the support of the public, has one priority — freedom for a people who are being prohibited from deciding their future. It didn’t seem to matter to the Spanish government, though, that most Catalans wanted a peaceful, democratic vote to establish their independence.

For years, we Catalonians have been enduring a sustained effort against our self-government. This became even more evident after the Oct. 1 referendum on independence, with rushed legislative actions to encourage firms to move out of Catalonia, as well as direct pressure on large companies to leave.

This damage to Catalan society is part of a longstanding strategy of the Spanish government. It has handed down arbitrary and capricious policy decisions. The Constitutional Court has suspended every one of the initiatives of the Catalan government. Whether the issues involve gender equality, energy or the economy, everything has been cut down at the behest of the Popular Party government in Madrid.

Many times and in many ways we have tried to speak out for our rights, but the Spanish government has never listened; we have always found the same wall of incomprehension and rejection. The Spanish government wants only servile obedience. This is why it tried to stop the referendum through the indiscriminate use of batons, threats and coercion.

We believed that if we voted for independence peacefully, the Spanish government would listen to us. But we were answered only by violence — delivered both by people in uniforms and by extreme right-wing groups that have acted with complete impunity. Beating people up in the name of ideas now seems to be lawful.

And this is where we drew the line, because underscoring dignity and validating the will of the people could not wait forever. In a battle for self-determination and the recognition of rights, one does not win with the first punch, especially against a state so willing to have its machinery strike millions of citizens just because they want to vote. No matter what Madrid says, Carles Puigdemont and Carme Forcadell are still the president and the speaker of our Parliament, respectively, and will continue to be until the day our citizens decide otherwise in a free election.

With the referendum’s passing vote, the Catalan Republic was born, and it is supported by the legitimacy of the ballot boxes. We Catalans need a shared strategy on the remaining stretch of the road to gradually establish a new framework of freedoms. In the coming days, we will have to make decisions, and they will not always be easy to understand.

Madrid’s will to quash self-government, to reject dialogue, to limit rights and freedoms, to persecute the representatives of the citizens, to impose the state’s brute force, forces us to persevere and to become stronger in order to prevail. Today in Catalonia there is a clear dissociation between the democratic will of citizens and the central government, which has set out to take over the people’s institutions and control them despotically.

Spain’s government has entered Catalonia with a determination to interfere in the educational curriculum, to control the media, to put our police force at its service, to convert the country into just one more province of a divided Spain that does not tolerate national plurality, to crush any dissidence, however democratic, and to kill any hope of dialogue.

We cannot allow this. It is essential to weave solid alliances with all the social and economic actors that want to build a national state truly at the service of its citizens. In spite of the obstacles being placed in our way, we must move forward. We must never give up the vote as a means of validating the republic, and we must prepare future local elections that will be essential to the consolidation of this republic.

The Spanish government’s usurpation of institutions through Article 155 of the Constitution, a tool that allows Madrid to take administrative control of Catalonia, has caused an outcry and our response to it has become a priority.

In the face of this attack we must recompose our forces, persevere and have no doubt that with the civility and peaceful attitude we have always displayed, we will continue to advance as far as we decide to go.

The courage this country has shown is so enlightening and so strong that sooner or later it will result in the consolidation of the full, truly just and democratic Republic of Catalonia.

Oriol Junqueras is the vice president of Catalonia.

From: The New York Times